"Our story begins with Match.com in 2002…. We made contact, met a few times in public places.. A few weeks later Lynn invited me to her house, imagine my surprise when she was only about two miles away… We laughed about that for weeks… We fell in love, bought a home in Chisago City, and started our lives together…
Fast forward to May 13,2013.. we are both watching the senate proceedings for same sex marriage. When it comes to the vote we count each yes.. before our very eyes the Minnesota Marriage Equality bill passes! We looked at each other, cried, laughed, and said we never thought we would see this in our lifetime.
May 14,2013 we head down to the capitol to watch Governor Dayton sign the bill into law effective 8/1/2013!!!! We partied in the streets of St Paul that day surrounded by joy, happiness and support.
We decided we were going to marry and chose August 16th, 2013 as the day.  Megan Gronlund, photographer,(and now friend) and Jodie Gobler Officiant (also now a friend) were quick to Facebook in support of same sex marriage. We hired them and the planning began!
August 16,2013 – Surrounded by our family and friends on a perfect August day at Running Aces Harness Park, Lynn and I became: Toni and Lynn Scaturro-Walton. A day we never thought we would live to see, A day we will cherish always."
- Lynn and Toni 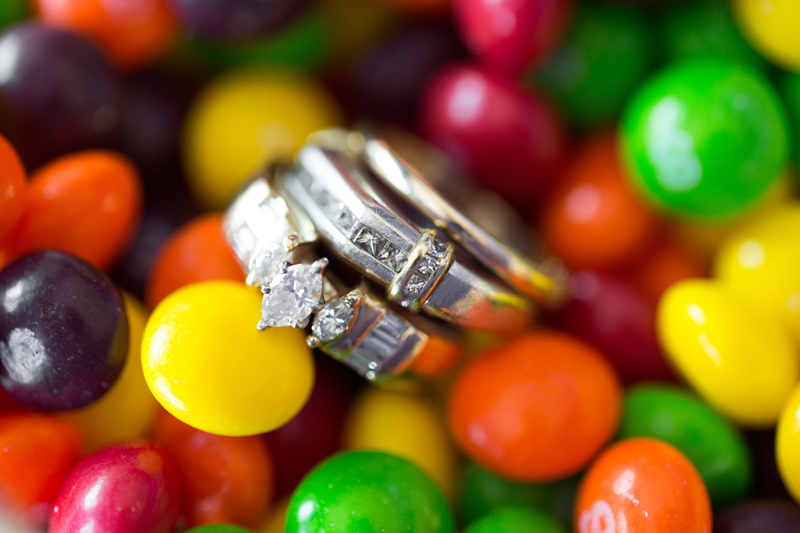 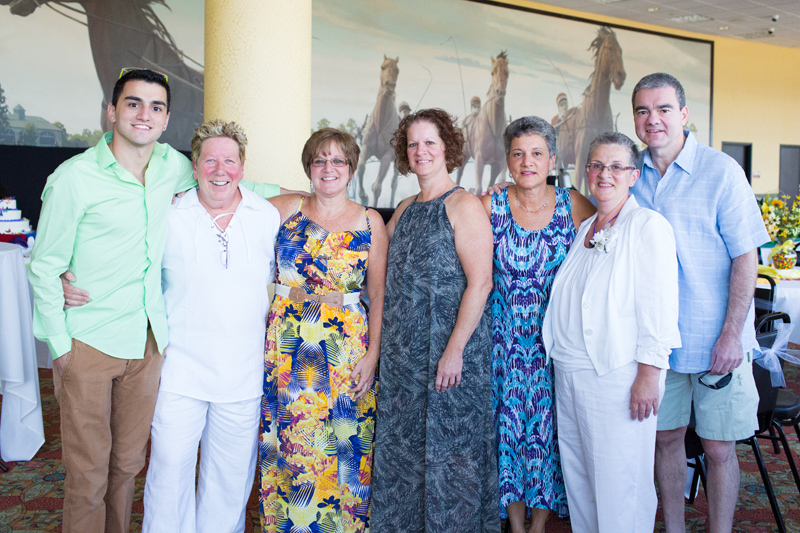 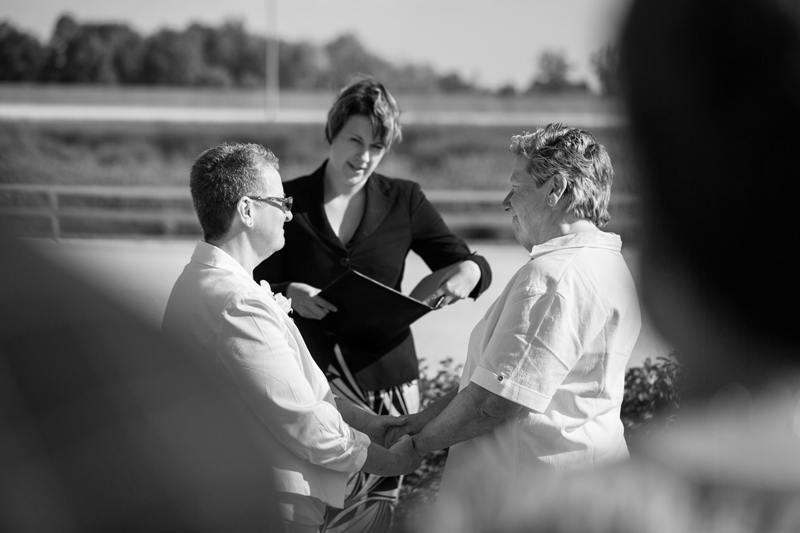 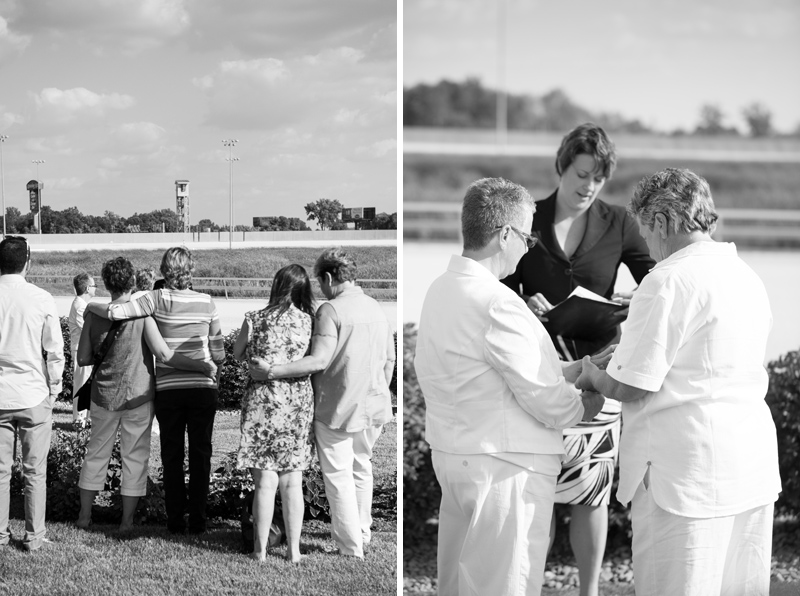 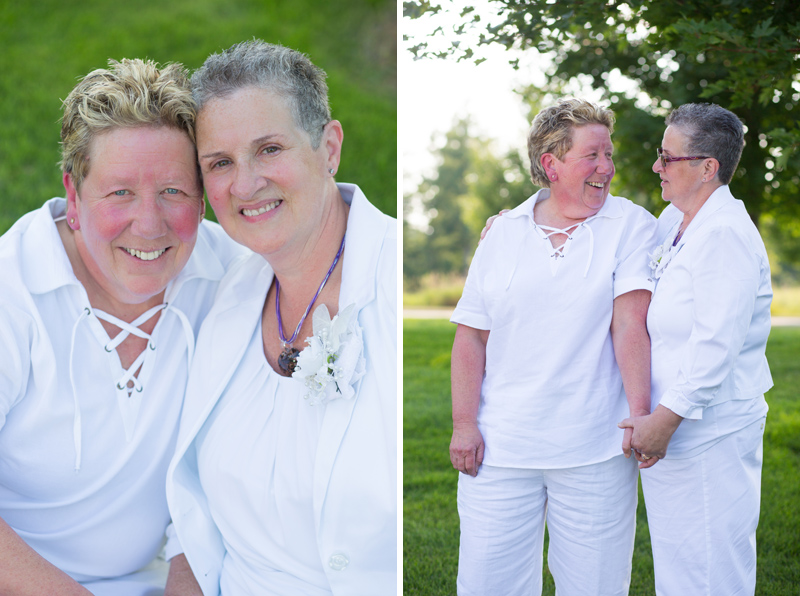 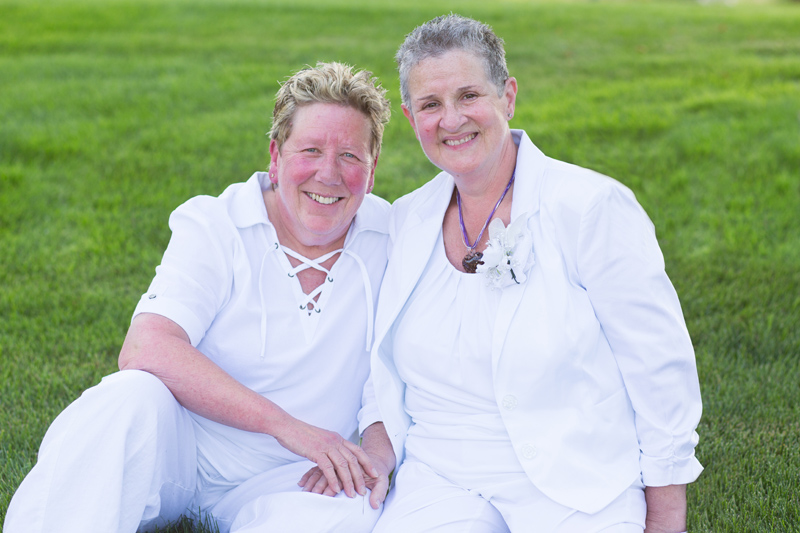 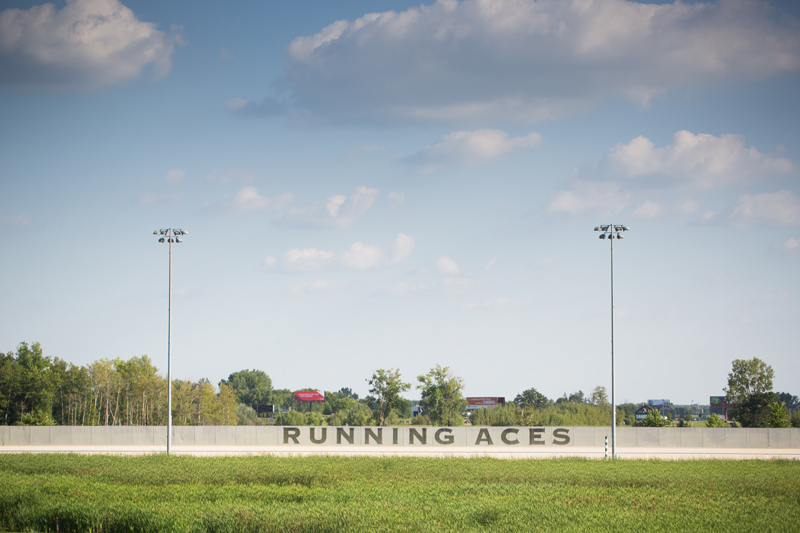 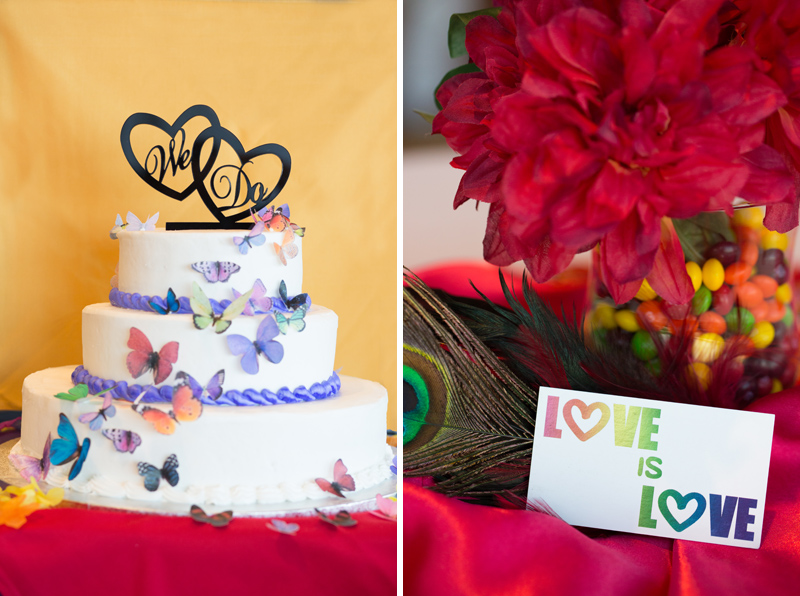 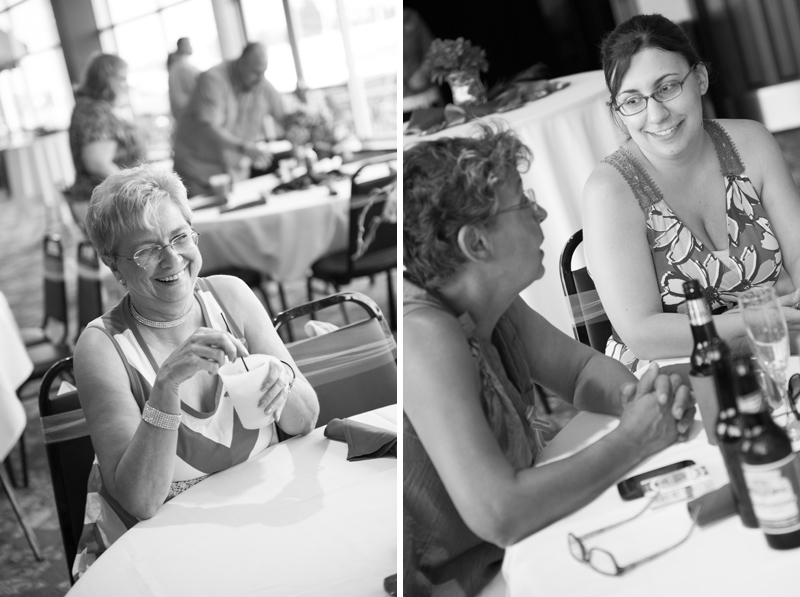 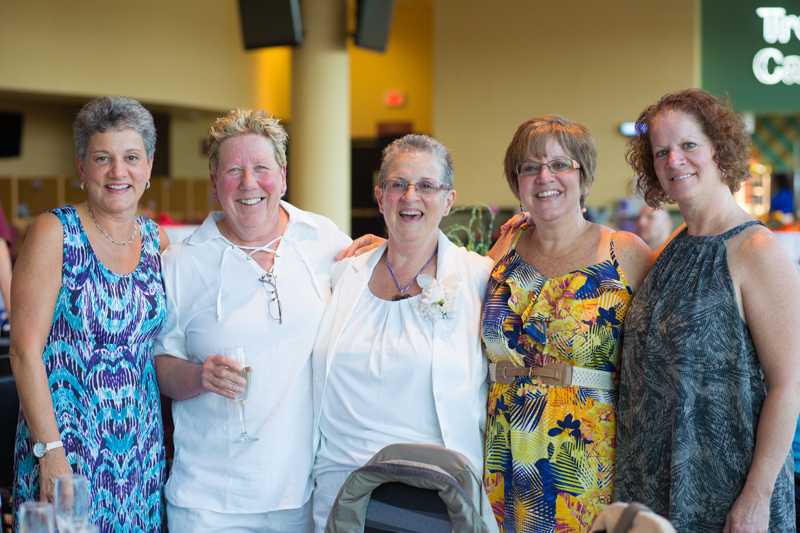 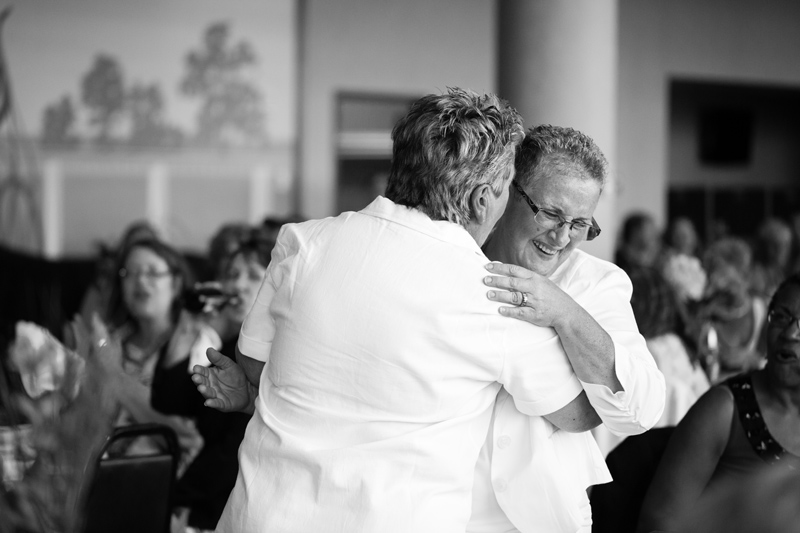 Posted by Megan Gronlund Photography at 1:08 PM No comments: